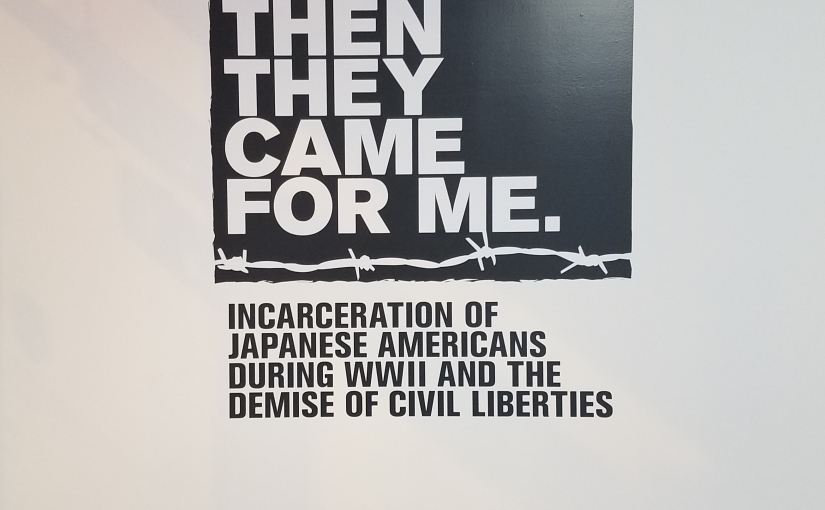 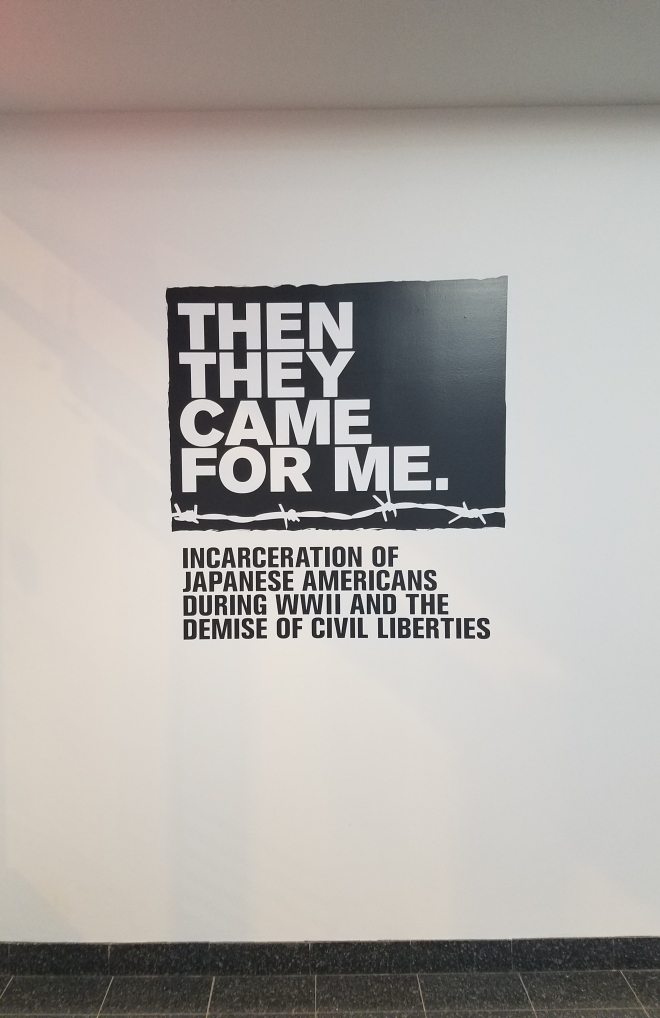 Free and open to the public until November 19th is a very honest, powerful, yet heartbreaking exhibit at the Alphawood Gallery in Chicago. You must see it if you can. Then They Came For Me is about the incarceration of Japanese Americans during World War II and the demise of civil liberties.

I went to go check out this exhibit finally over the weekend. I’ve gone past the building a few times and was struck by how they decorated the outside. How will you stand up to injustice?…giant posters ask as you go by. I’ve done my research in the past about Japanese internment camp incarceration so when the exhibit popped up I had to go see it.

Then They Came For Me takes a look at a very difficult and painful part of United States history when the government forced over 100,000 American citizens and permanent residents out of their homes and put them into internment/relocation/concentration camps. because they were Japanese-Americans. This happened immediately after the bombing of Pearl Harbor in 1941.

The exhibit is wonderfully done with a number of life-size photos, artifacts and videos depicting the experience. They show what led up to that point in history, the experience of the people who suffered through that time and how that impacted their families for generations. 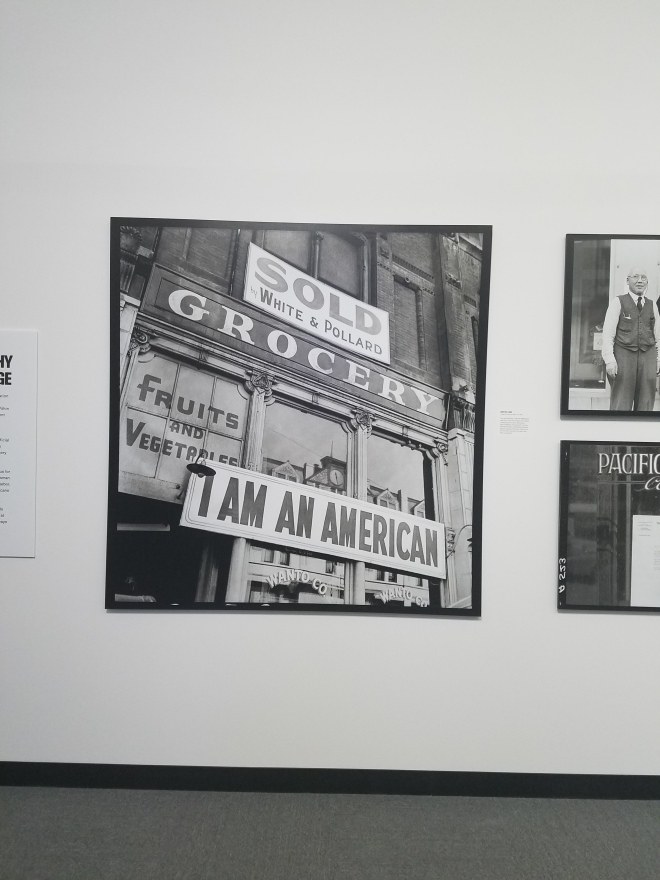 Many “friends” and neighbors completely turned their backs on these Japanese Americans because of demeaning propaganda. They were treated like enemy spies even though there was no truth or proof or due process or charge or trial or sentence, just fear and hate driving policy that led to the infamous Executive Order 9066.

When the camps closed in years after the war, these families returned to racism, little hope and no opportunity. They were treated as outsiders, foreign enemies even though they were born in America, were Americans and called this country their home because it was their home. 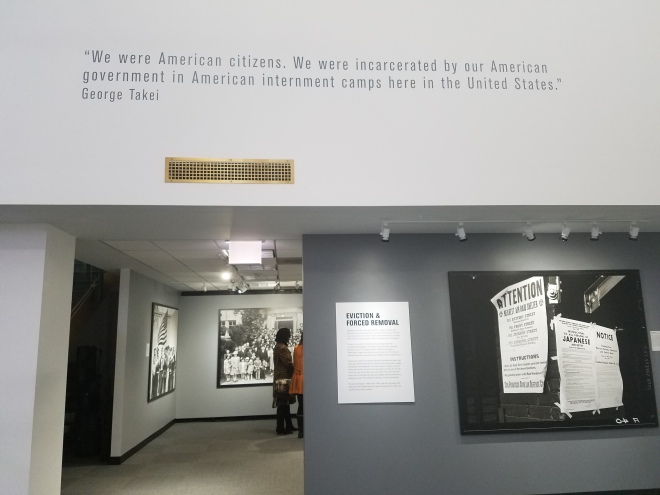 There was an interesting statement during a film in the exhibit that said there were 18 people arrested as spies in connection to the bombing but none of them were of Japanese ancestry. These citizens deserved the same human rights, civil liberties, respect and dignity of anyone else and they were denied all of it.

The exhibit also makes parallels between that experience and present day rhetoric and policy proposals driven by a culture of fear around Muslims in America, for many citizens and permanent residents who love their country and are loyal to a home that still treats them with on-going suspicion since 9/11.

Decisions, laws, bills and executive orders seeking to make it legal to discriminate against people because of their religion or what they look like or the color of their skin or what they wear and using war and crime as the catalyst and propaganda to turn against anyone who looks like they could fall into that category. People in and outside their communities become black sheep, isolated, condemned, harrassed and the list goes on.

For example, I was in a bar watching football a couple months ago and when the national anthem came on and a few players on the telly protested, a man in the bar began yelling, “Go back to your own country” and “If you don’t like it then leave” and other inappropriate comments which at the time I was thinking for a person who is trying to make a statement about disrespecting the flag and anthem, he sure was showing disrespect to both in that moment. I also thought to myself, this is their country so maybe if you don’t like it, then you can leave.  I’ve got stories like this for days and not just since the 2016 election.

It’s obviously very upsetting that these stories continue to happen. There is a saying that if we don’t know our history we are doomed to repeat it. Some days it feels as though we know our history well and still choose to repeat it, meaning that we don’t often learn from it. We don’t extrapolate the lessons that could make us not circle back to those same experiences. We can all use a dash more self-awareness, love, empathy and speaking up when injustice happens. Even you can be an agent of change. 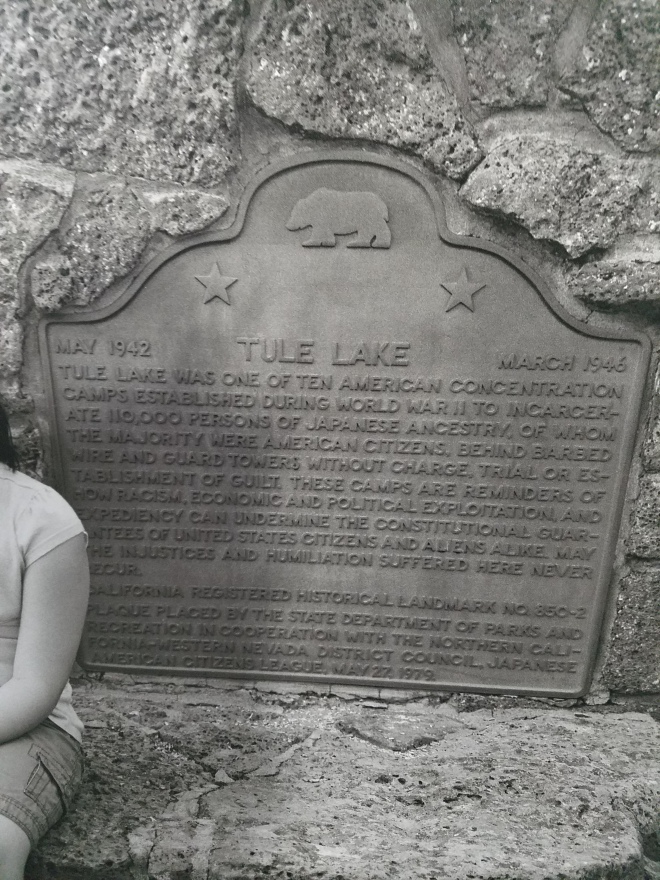 If you can get to the Alphawood Gallery and see this exhibit before November 19, I would absolutely recommend it!

Many of the photos and artifacts come from Dorothea Lange and Ansel Adams who were photographers sent by the government to the document what was happening. There is also a daily screening of a film called “And Then They Came For Us,” created by Abby Ginsburg and Ken Schneider. The documentary is shown at the top of every hour.

Star Trek’s George Takei, a big advocate for human rights and civil liberties shares a lot in the exhibition because his family went through living in those camps, feeling betrayed and humiliated as they spent years behind barbed wire with armed guards from a watchtower.  He did a TEDTalk on it as well. 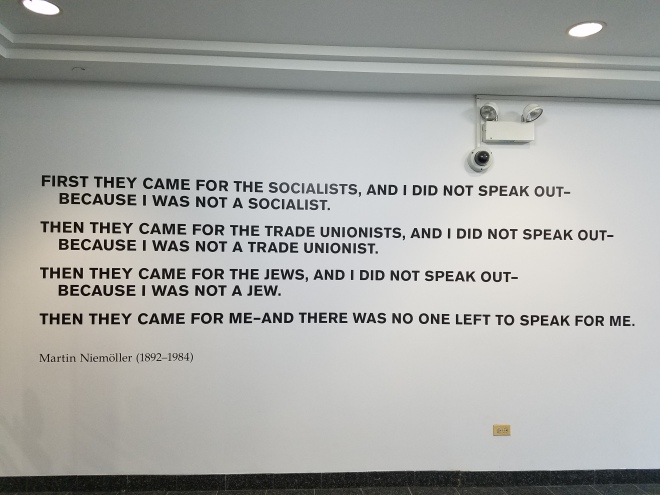